While wireless gaming mice are now as efficient as their wired counterparts, many gamers are slow to leap due to too much weight or insufficient battery life.

With its new Logitech G Pro Wireless, the Swiss manufacturer hopes to forget these bad memories and unveils a wireless model as handy as it is efficient. With a weight of only 80 g, an autonomy of up to 60 hours, or even an irreproachable optical sensor, the brand’s latest innovation clearly has no shortage of arguments.

Designed to meet professional gamers’ expectations and the pickiest amateurs, the G Pro Wireless is available for around 80$. That’s 36$ more than the SteelSeries Rival 650 and almost double the Logitech G703 unveiled last year.

The mouse is delivered in a minimalist cardboard box where we discover a unique visual and its main technical characteristics. Inside the box, we find the following elements:

After G900 / G903 models with atypical design, Logitech has refocused on much more sober peripherals for a few months, and this new G Pro Wireless is the perfect example. Almost disconcertingly simple for a model dedicated to gamers, the latest addition to the Swiss props maker is not flashy, and we can only appreciate this homecoming.

Its design is only offered in dark tones; it is reminiscent of mice traditionally dedicated to office automation, with a shell entirely made of plastic, very discreet buttons, or an entirely smooth surface, without the slightest additional grip area.

Of medium size, the Logitech G Pro Wireless displays dimensions of 125 mm x 63.5 mm x 40 mm for a featherweight of 80 g. Or rather should we say only 80g, the G Pro positioning itself quite simply as the lightest wireless gaming mouse in the industry. And believe us, when you first get started, it’s really impressive!

A real feat on the part of the manufacturer, which by reducing the thickness of its shell to 1 mm and minimizing the impact of its battery corrects one of the main drawbacks of wireless mice. The set gains in comfort and maneuverability without resorting to a closed system as on the Razer Mamba HyperFlux presented a few weeks ago.

In detail, the upper part of the Logitech G Pro Wireless is very simple. Two main buttons, a click wheel, and a backlit logo. Unlike many competitors, we obviously notice the absence of an additional button behind the dial, generally dedicated to DPI sensitivity changes. Logitech explains that it made this choice following requests from professional players wishing to avoid involuntary activations.

If this can obviously make sense for some players, we would still have preferred a system to lock the button rather than remove it. However, note that it is possible to easily switch from one DPI level to another to an additional button positioned under the mouse, near the sensor. LEDs on the upper shell indicate the selected profile.

The wheel has a comfortable scrolling, neither too soft nor too notched. The textured wheel is comfortable to use, and the force required to activate its click is rather sustained, avoiding inadvertent engagement.

With its fully symmetrical construction, the Logitech G Pro Wireless is an ambidextrous mouse, and the buttons on its front can be configured according to individual needs. Each slice of the mouse has two locations, where you can place buttons or not.

The mouse can thus offer a total of 3 to 7 buttons depending on the desired configuration. The change is carried out very simply via a magnetic system that does not require the slightest tool.

On the base of the mouse, there are 4 Teflon glide pads plus an additional area surrounding the HERO 16K optical sensor. Two buttons complete the set, with one side for DPI (presented a little above) and the other for powering the field mouse.

Below, a magnetic hatch recalls what we had discovered on recent wireless mice from Logitech. You can slide in the “token” accompanying the Logitech Powerplay mat to enjoy wireless recharging but also store the USB connection dongle when traveling. Rather practical since it is typically the kind of connector that can easily be lost.

At the front of the mouse, a micro-USB connector allows you to recharge the Logitech G Pro Wireless battery and use it wired. A sheathed cable of about 2 m accompanies the mouse and, unfortunately, has a connector that is still proprietary. Be careful not to lose it.

On the ergonomic side, the G Pro Wireless has a shape that should adapt to the vast majority of players. The mouse is comfortable and perfectly maneuverable in all situations, Palm Grip, Claw Grip, or even Fingertips Grip, Claw Grip, or even Fingertips Grip. The buttons are easy to access, and we can only regret the absence of textured areas improving the general grip. A necessary sacrifice to reach this featherweight of 80 g.

The mouse remains easy to lift, and players fond of low sensitivities will have no trouble regularly coming to replace the field mouse in the center of their mouse pad.

The Logitech G Pro Wireless is based on the latest developments of the brand for its wireless connection. We thus benefit from LightSpeed ​​technology, which has already been proven on models such as the G305, G603, G703, or even the complete G903.

This wireless connection allows you to benefit from a connection as fast as that offered by a traditional wired mouse. With a response time of 1 ms and a frequency rate of 1000 Hz, no latency is reported, and we benefit from perfect stability.

The installation is done in the blink of an eye since it is enough to come and connect the USB dongle to one of the ports of your PC or via the extension cable and the adapter provided by Logitech if your PC case is a little too distant. Then turn on the mouse, and it is automatically recognized.

Despite its lightweight, the Logitech G Pro Wireless also achieves the feat of offering exceptional autonomy for a battery-powered model. By turning off the various lights, it is possible to achieve up to 60 hours of battery life on a single charge! By leaving the effects offered by default, you can use the mouse for nearly 48 hours, which is always superior to the vast majority of the competition.

We are obviously still very far from the 500 hours offered by the Logitech G603 ( around 80$ on Amazon ), but this model is powered by two AA batteries, increasing its weight to nearly 136 g.

Like all of the brand’s mice, the G Pro Wireless is compatible with Logitech software. Available free of charge on the manufacturer’s website, it allows you to control the options of the various peripherals in the range in a very intuitive way.

You can come and create different profiles, then import them directly into the memory built into the mouse (especially when playing on a PC other than your usual machine). Each profile can present personalized actions on the different buttons but also different levels of sensitivity.

As is often the case with the software accompanying gaming mice, the profiles saved on your machine can be automatically loaded depending on your games and applications. Rather practical if you want to set up very specific commands according to their different uses.

The software also allows you to play with some lighting effects but, above all, to configure options related to battery life. We can thus play with the RGB or the standby times to grab a few extra hours.

The Logitech G Pro Wireless takes advantage of the arrival of the new HERO 16K optical sensor. Evolution of the HERO present on the previous field mice of the brand, it sees its maximum sensitivity now reaching 16,000 DPI against 12,000 DPI on the first HERO of the name. An evolution that appears more like a marketing argument than anything else, no player positioning himself on such DPI levels.

This in no way detracts from the precision of the sensor during more traditional conditions of use and it is also recalled that the majority of players do not exceed 4000 DPI, even on the best PC gaming screens. In use, the sensor is often perfectly precise and collects speeds of up to 400 IPS. Clearly, when playing the G Pro Wireless never picks up and you enjoy optimal performance.

The HERO 16K sensor also has the advantage of consuming less than the traditional PMW3366 models from PixArt, thus contributing to the excellent autonomy of the G Pro Wireless.

In the game, it’s hard to blame the mouse for much. The activation of the different buttons is perfectly responsive, the sensor works wonders and the general ergonomics of the mouse allows hours of play without any problem. The lack of a connection cable also promotes travel, as does the product’s featherweight.

Obviously, the G Pro Wireless is not for everyone. Its minimalist side, the absence of a weight system, or the low number of buttons may put off some players accustomed to more complete models. On FPS requiring a minimum of controls, this is clearly the ideal, but if you chain the hours of grind on your favorite MMORPG, you will be able to find much more suitable models.

With its new Logitech G Pro, the manufacturer once again confirms its status as a pioneer in the wireless gaming mouse sector. The model excels in every way, intelligently combining an ultralight design, outstanding performance, and comprehensive functionality.

If you’re looking for a mouse that’s as efficient as it is lightweight, you don’t need to look any further. With its unbeatable battery life, lightweight and ambidextrous design, it will also have the advantage of being able to adapt to most players. 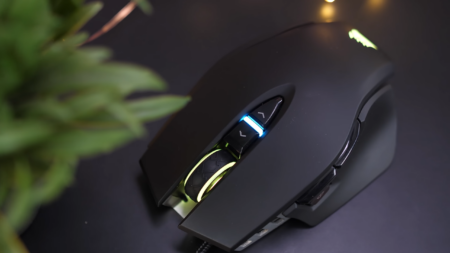 How To Choose A Gaming Mouse?

While our selection of the best gaming mouse should help you compare current models...

To work and play while avoiding pain and tension in your wrists and arms,...

After the Rival, renamed Rival 300, SteelSeries is once again developing one of its...

If wireless mice now compete with the best-wired models, their price is often higher.... 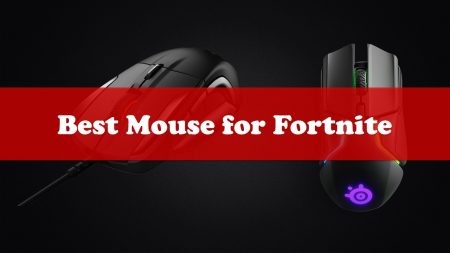 Computer mice can be designed for different uses, so it is important to find... 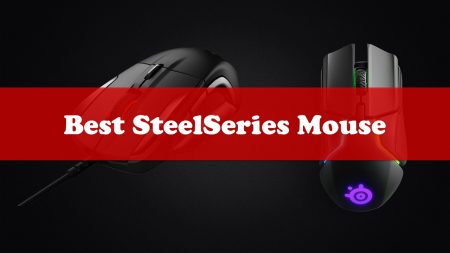 SteelSeries is a Danish company specialized in gaming peripherals and is one of the... 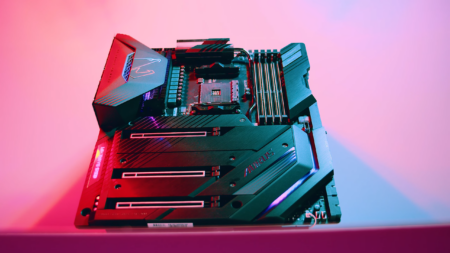