So you decided to build a PC yourself. It has a new Intel CPU, memory, storage, power supply, case, and graphics card. You just need one place to plug it all in.

Finding a good motherboard is an underrated part of the PC building experience. Sure, it’s not as flashy as a GPU, but it’s the component that connects everything. A chain is only as strong as its weakest link.

Intel designed the Z390 chipset to make motherboards that take full advantage of its 8th and 9th generation CPUs. It’s an excellent chipset, but it can be difficult to choose a board when there are so many different sizes, components, brands, and prices. That’s why we decided to put together this list of the seven best Z390 gaming motherboards!

Let’s take a look at some of the top benefits you can expect from the best Z390 motherboards:

State-of-the-art performance. Given the technology found in the best Z390 motherboards, you can expect incredible speeds and optimal performance.

Maximum overclocking potential. The Z series is all about overclocking and the best Z390 motherboards offer some of the most powerful capabilities on the consumer market.

And that’s not all. Depending on the board you choose, there are several other impressive features to enjoy, such as built-in lighting, built-in software options, powerful audio settings, and more. But which motherboard is the best?
Buyer’s guide: choosing the best Z390 for your setup

First, it is essential to consider compatibility. All the boards on our list use standard LGA 1151 sockets, which are compatible with Intel 8th and 9th generation processors, from i5 to i9.

Finding the best Z390 motherboard for your budget is the top priority. Buying a high-end motherboard and then skimping on your CPU, GPU, or power supply will ultimately do more harm than good.

What size is your case? The motherboards are designed to fit in boxes of specific sizes. For example, an ATX motherboard does not fit in a Micro-ATX case, but a Micro-ATX motherboard fits in an ATX case. However, this is generally not recommended, as motherboards designed for a larger form factor tend to have more features. Better to get a board that fits your case to make the most of the space.

Some motherboards have built-in Wi-Fi, some have more M.2 or higher speed LAN ports. Others may contain more RAM or have better audio. GPUs, RAID cards, Wi-Fi cards, capture cards, and SSDs rely on PCIe slots for high-speed connectivity. Check what features are available on each board and compare them to your needs.

Not all Ethernet ports are the same. Most Z390s can handle one gigabit per second, but some of you may need more than that. The 10 GBE LAN can be essential for high-speed applications.

IO: This isn’t top of the list, but make sure your new motherboard’s IO has enough connections (and the right type) for everything you need.

Branding is something else to consider. Some brands like ASUS and MSI use native RGB control software. You might think about combining your motherboard with a GPU from the same brand to get the most out of that synchronized control. ASUS, GIGABYTE, MSI, and ASRock are renowned manufacturers.

Choose the one you think will look best on your system. Aesthetics should always be secondary to performance, but that doesn’t mean they’re not worth considering.

For this guide to Z390 motherboards, our writers spent 10 hours researching over 20 of the most popular options from brands large and small. After comparing this data, we read over 200 user reviews and narrowed our list down to the 7 best Z390 motherboards on the market. All of this research adds to recommendations you can trust.

We hope you’ve found the perfect model for your setup! Feel free to tell us more about your experience with any of the motherboards on this list. Don’t forget to keep up to date with the High Ground team for more gaming rig summaries and rankings.

We have selected this comparison table of the best Z390 motherboards currently on the market. Check it out for a quick overview and find a detailed summary of each selection below.

The main thing we take into account when measuring the value of a motherboard is price versus overclocking ability. The Elite not only has the best VRM at its price point, but it is also actually the same 12 + 1 phase VRM as the AORUS ULTRA, which is 90 EURO more expensive and is considered one of the best in its range. This is a great help for anyone interested in overclocking.

It is by far the best Z390 motherboard under $ 200 and one of the few at this price that I would trust to overclock a 9900K. You can spend twice as much on a better VRM, but you’ll probably see a lot more performance if you take the money you saved buying this board and put it on a better graphics card. That value makes it our pick for the best Z390 gaming motherboard.

We hope you like GIGABYTE because you will see many of their products on this list. The Z390 AORUS MASTER is our second choice for the best Z390 gaming motherboard. It’s a couple of levels higher than the Elite and has the features to prove it.

One of the biggest improvements is the upgrade to the much more efficient 12-phase IR digital VRM. Superior voltage regulator and cooling enable higher CPU and GPU overclocking capabilities while using less power.

It has a much better PCB than the Elite, which will allow for more memory overclocking. You will also notice that this board comes with two M.2 ports (each with its own thermal shields) and three PCIe x16 slots.

While the Elite is our number one pick overall, we believe the Z390 AORUS MASTER is the best Z390 motherboard for the i9 9900K.

It has an Intel 9900K and the best graphics card money can buy. Now you want a motherboard that pushes those components to their absolute limits.

The MSI MEG GODLIKE is the best Z390 motherboard for overclocking, due in large part to its colossal 16 + 1 + 1 phase VRM.

This board features four PCIe slots, four M.2 slots, six SATA ports, and much more. Plus, it features Killer Wi-Fi AC 1550 for unbeatable connectivity and blazing-fast Mbps. It even has a mini OLED display for easy status monitoring!

It is the best MSI Z390 motherboard on the market. It’s over 99% of us have to be honest, but when have PC developers been known for our restraint?

Want to get your hands on the best budget Z390 motherboard? It would be difficult to find a cheaper one that can beat the MSI Z390-A PRO.

The 8-phase VRM is downright respectable and comes with a few features that aren’t very common at this price point.

The Turbo M.2 port offers NVMe SSDs up to 32Gb / s using PCIe gen 3 × 4. It also has silver heatsinks for improved heat dissipation and some decent audio processors. The board itself is a simple, black PCB.

I don’t know if I would put an i9 here, but there is a definite value proposition for a consumer looking for the best Z390 motherboard for the i7 8700k.

If you’re looking for top-of-the-line performance but not interested in the full-size towers required for E-ATX motherboards, then there is still a great motherboard that you can overclock with the best.

The GIGABYTE Z390 AORUS Xtreme is the only ATX motherboard with a VRM that can trade hits with the MSI GODLIKE.

It has a 16 phase VRM with a cutting-edge thermal design and a fairly strong heatsink that is more than capable of handling the heaviest overclocking loads. It also supports three M.2 drives and features a 10GbE BASE-T LAN.

In a list of more than half of GIGABYTE motherboards, this supreme queen.

The ROG Maximus XI Apex is another to consider if you are looking to find the best ASUS Z390 motherboard, although we must keep in mind that it only has two DIMM slots.

Do you have limited space for a tower? A Micro-ATX form factor build might be just what you need.

There aren’t many high-end options for Micro-ATX Z390 motherboards, but GIGABYTE’s Z390 M Gaming (this is the last one, we promise) is more than up to the task.

It has a basic design, but it’s hard to complain about this price!

Let’s be honest: there’s not much to choose from in the ITX form factor when it comes to the Z390. Still, the ASRock Z390 Phantom Gaming ITX / ac offers at least one solid option for fans of the smaller form factor.

This board has a 5-phase VRM, which is the smallest on this list, but it’s pretty impressive given the space ASRock had to work with. It features Gigabit LAN support, DIGI Power Design, full spike protection, and more.

As for durability? This motherboard features robust, high-density gaming armor thanks to ASRock Super Alloy, which provides unbeatable protection. The matte black design is enhanced by Polychrome SYNC which polishes the look for a high-end feel.

What is a Z390 motherboard?

Z390 motherboards are designed to work seamlessly alongside Intel’s 8th and 9th Gen Coffee Lake CPUs. They are specifically designed for high-end builds and offer features like updated I / O connectivity, built-in Wi-Fi, and more. This ensures solid performance and state-of-the-art hardware compatibility.

How do Z390 motherboards work?

The Z390 motherboard design features a unique chipset, or circuit design, that integrates with Intel Coffee Lake processors and controls the flow of information between the different components of the computer. And since it’s part of the Z-series lineup, the motherboard and chipset are explicitly designed with overclocking in mind.

Overclocking allows you to run your CPU at maximum speed, often exceeding the official speed rating. This offers maximum performance, allowing you to use software and play with the best settings. The main component to consider when it comes to overclocking is the VRM, or voltage regulator module. The VRM controls the power levels and the stability of the power distribution to your CPU and GPU. A good VRM is vital for good overclocking.

I'm SHAFQAT SHEHZAD I am writing about blogging, SEO, Affiliate Marketing, and more to help beginners to grow their blogs and websites. 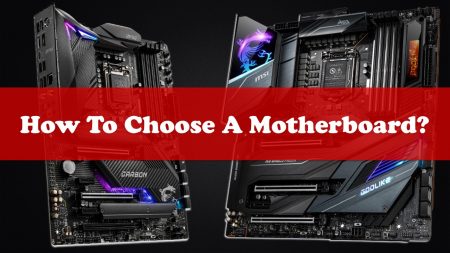 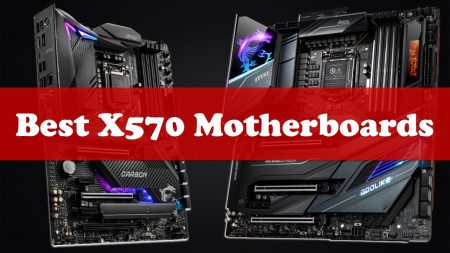 Do you enjoy playing with the latest hardware? Maybe you appreciate overclocking your motherboard... The AMD X470 chipset is currently the most powerful chipset AMD has to offer,... 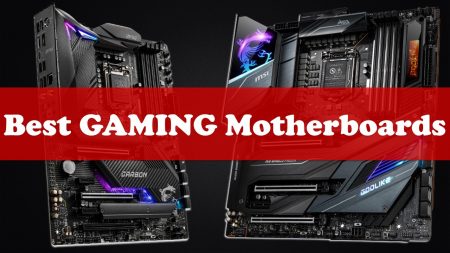 A motherboard performs the function of a column in a computer system and is... 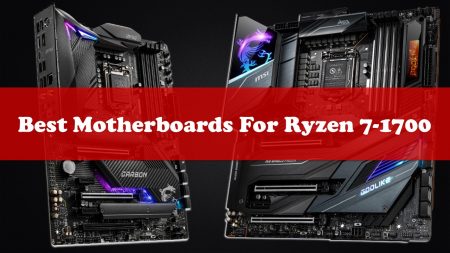 Whenever we talk about the most powerful APU on the AMD side, the first...