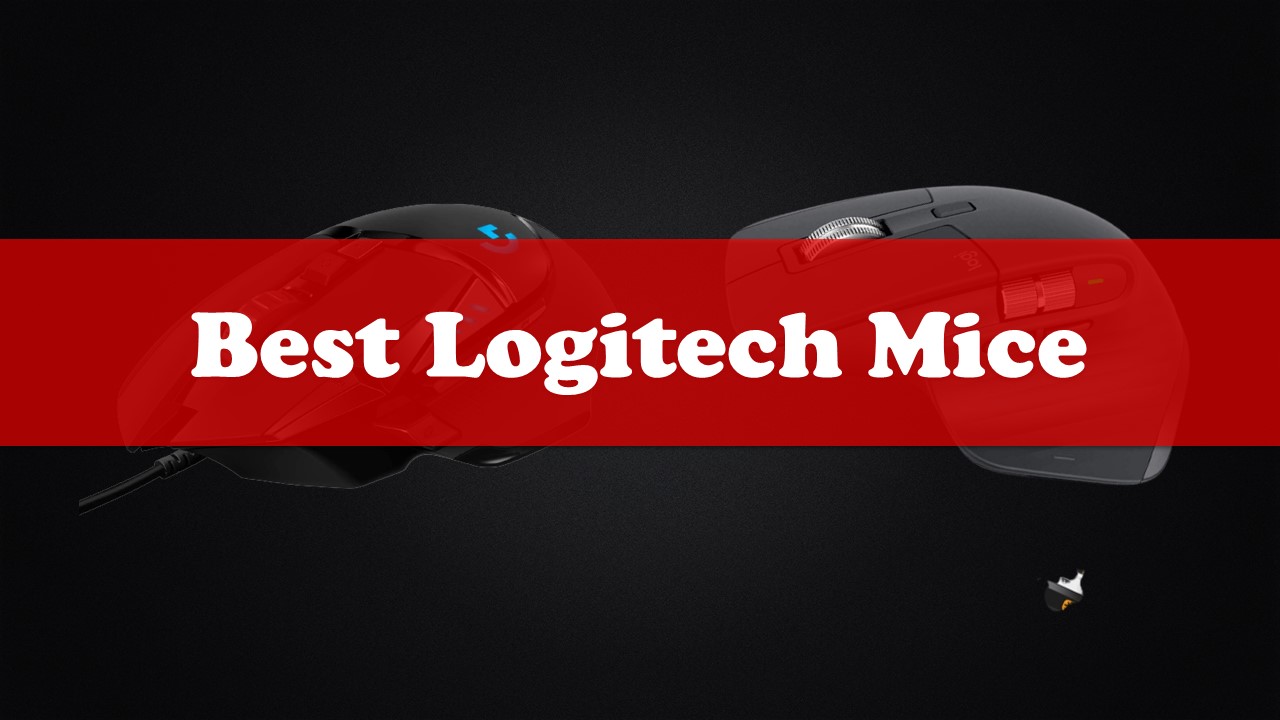 Logitech makes mice that are among the best performing mice we’ve reviewed so far. The Logitech Gaming branch makes incredible gaming mice and is a pioneer in improving wireless technologies.

However, their wired mice are still very good. Their latest sensors are also considered among the best available.

Unfortunately, their high-end wireless mice are usually expensive, but since they make many different mice, you are more than likely to find one that will fit your budget.

The best Logitech gaming mouse we’ve reviewed so far is the Logitech G Pro Wireless. This mouse is considered one of the best wireless gaming mice on the market.

It has incredible performance and the mouse glides well and feels precise.

It has RGB lighting, which can be customized within the G HUB software, as well as its CPI settings.

This mouse is fairly universal in shape and size, and most people will be able to grip it comfortably.

Unfortunately, it can be very expensive, so if you are on a budget we suggest you take a look at the Logitech G305, which has a lower profile and is great for fingertip grip users with FPS games.

It has no RGB lighting and uses a disposable AA battery, although you can expect around 250 hours of battery life depending on the manufacturer.

The best Logitech gaming mouse with a cable we’ve tested is the Logitech G502 Hero.

This wired gaming mouse is well suited to FPS gaming thanks to its well-built and comfortable design.

It has a good number of additional programmable buttons, and its slanted design and thumb rest make it comfortable enough for long gaming sessions.

It is very suitable for fans of claws or palm-grip, although unfortunately, people with small hands will probably find it too large to easily reach all the buttons.

It is also quite a heavy mouse, which may annoy some people.

On the positive side, it has a very low click latency, and it uses the Logitech HERO sensor, which works very well overall.

If you play a lot of MMO games and want more side buttons, take a look at the Logitech G600 MMO Gaming Mouse.

It has a 16-button side panel and a third main button under the ring finger that allows access to a new set of keys.

That said, for most people who want a wired mouse, the G502 is a very good choice.

This mouse is one of the best wireless mice we’ve tested, especially for office use.

It is ergonomically shaped with good thumb support and a comfortable overall shape.

It has a far superior look and feel and features a side scroll wheel to help you easily navigate large documents.

Your normal scroll wheel also automatically switches to infinite scroll mode when scrolling quickly, which can be very useful. This mouse is great for palm grip, but may be a bit large for people with small hands.

On the other hand, This wireless mouse can connect to three devices simultaneously and even offers gesture commands.

You can easily customize its control scheme and make different profiles for different programs and applications, which is very useful for professionals.

There is also the Logitech MX Master 2, which is a good option and can be found at a cheaper price than the third version, although its side buttons are more difficult to reach and it does not have the same scroll wheel that automatically switches to mode infinite.

Also, if you feel a lot of pain in your wrist and forearm after working all day, you can consider the Logitech MX Vertical, which has a vertical design to help put your wrist in a more natural position.